The Great Migration is an infamous annual wildlife event and one of the most fascinating showcases of nature on offer. In this visual experience we join the herds when they find themselves at the Southern most point of their journey, savouring the nutritious grasses of the Ndutu region thanks to the fertile volcanic ash which forms the base of the soil. The predators are waiting and the action is non stop.

Each day we ventured into a new section of this massive region and found the experience to be thrilling no matter which direction we chose. Whether it was the marshes and surrounding plains or the wide open expansive plains, the Hidden Valley or the forests of the Serengeti, each one delivered with ongoing excitement and non stop sightings. 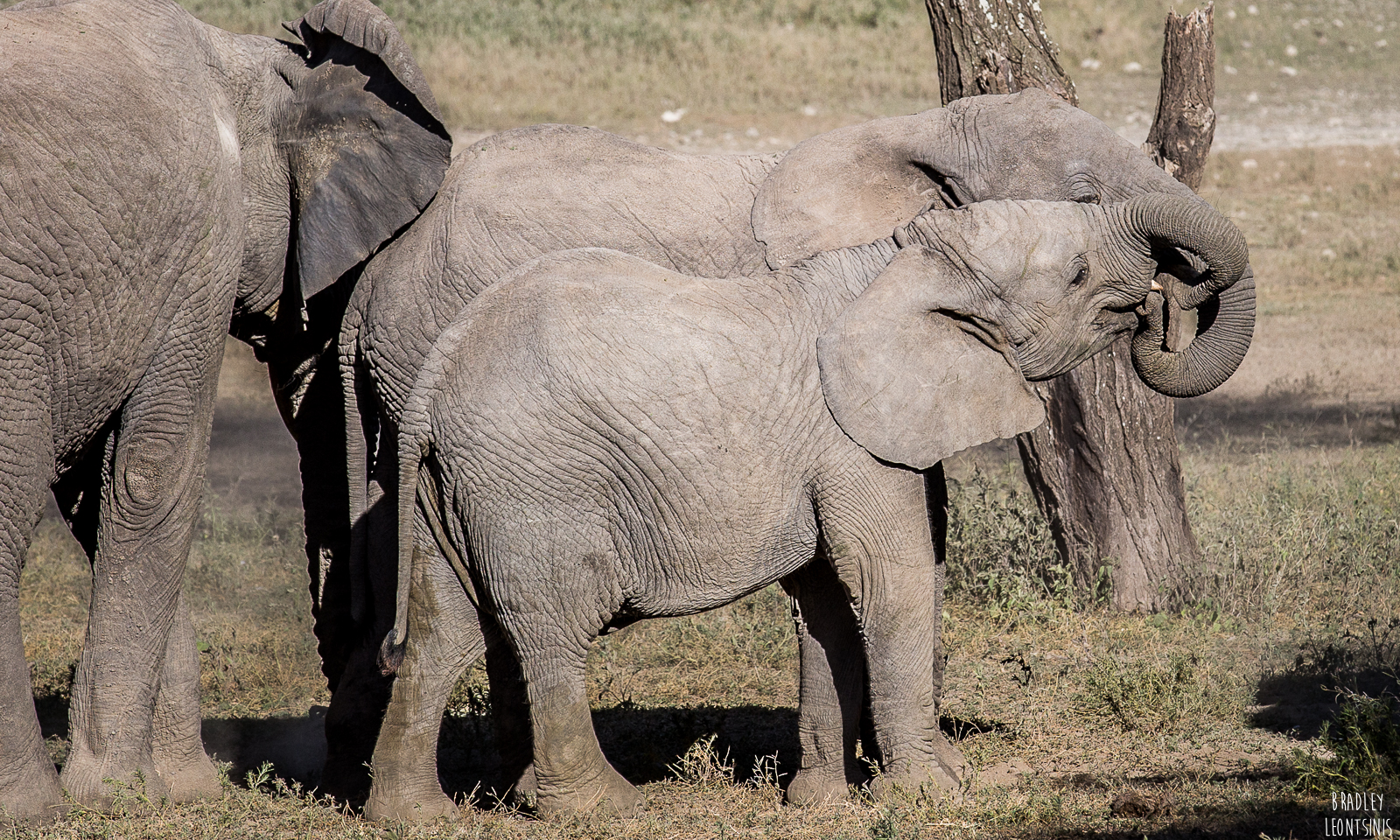 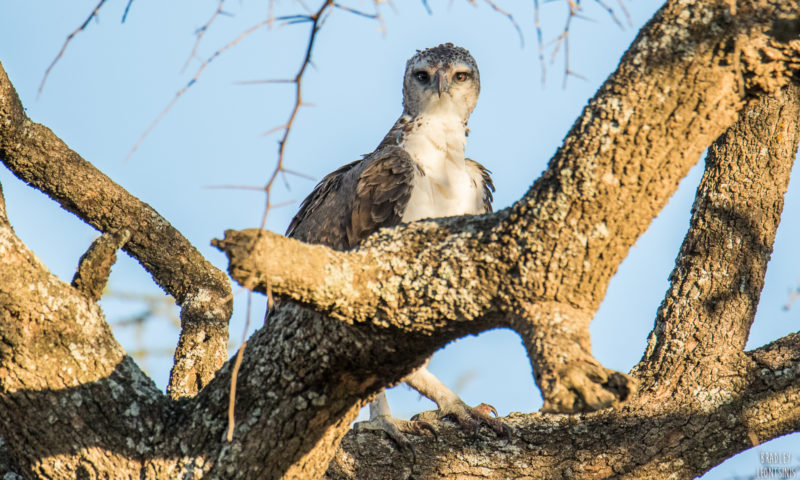 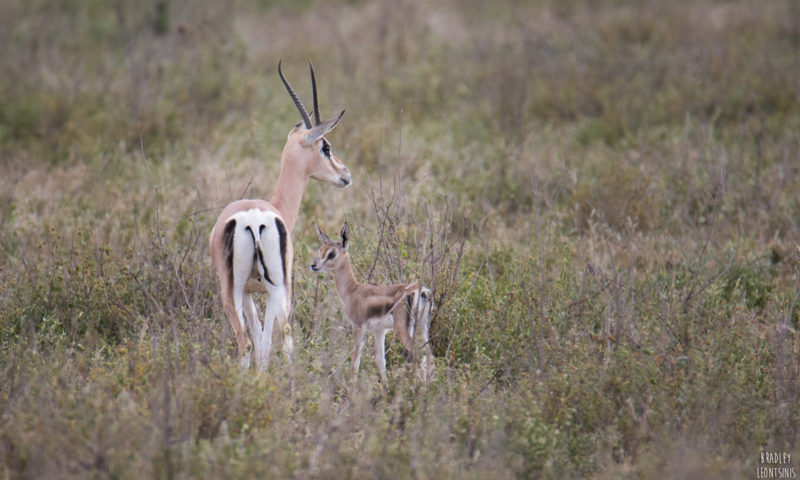 With our partners andBeyond's Serengeti Under Canvas Camp, we were guaranteed to be in the thick of the action in this beautifully immersed camp and location. A real on the ground experience, you leave this camp with the dust of Africa in your shoes and the intention of always keeping it there as a memory of how amazing this adventure was. The care from the team looking after you, the attention to every detail and the wonder of the whole experience will leave you longing to return. 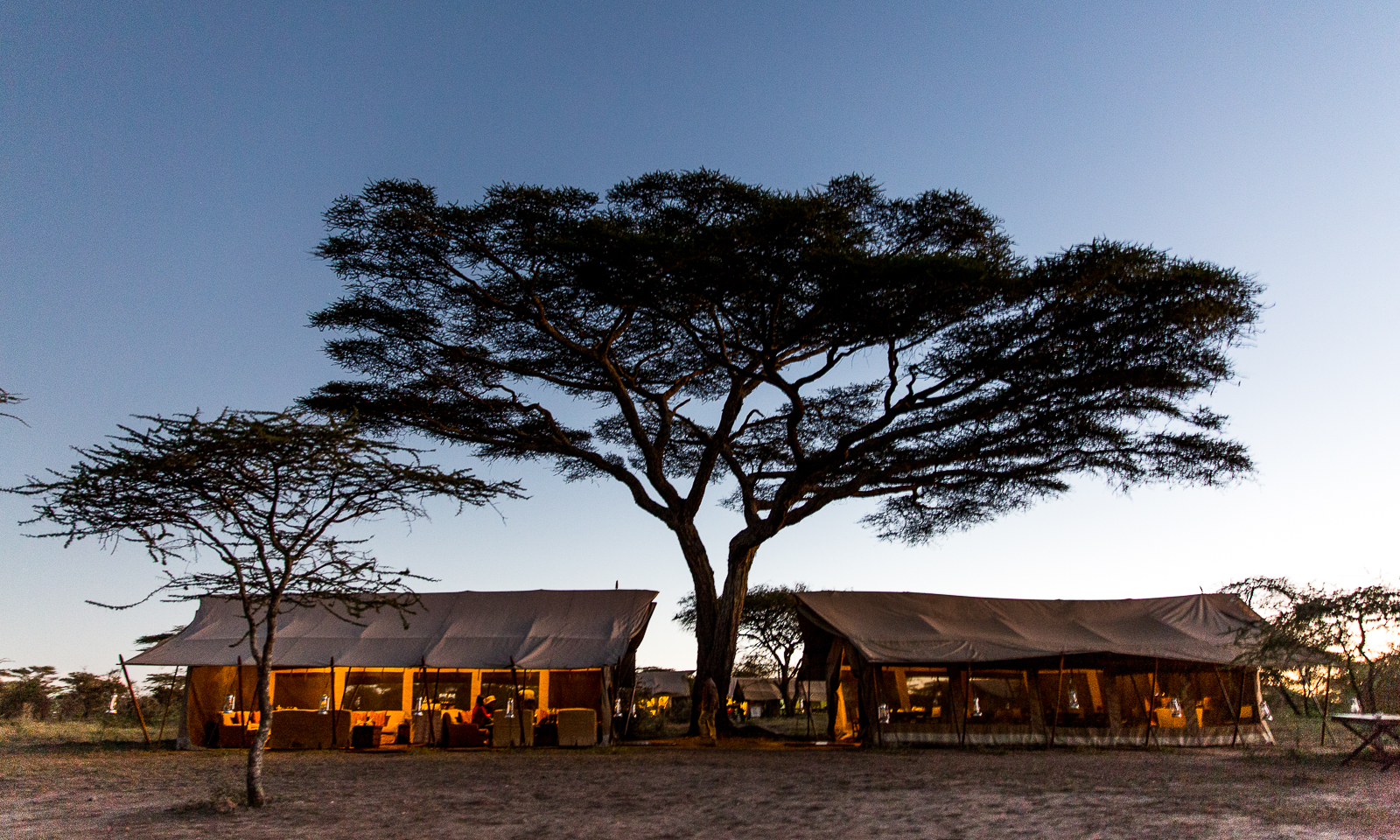 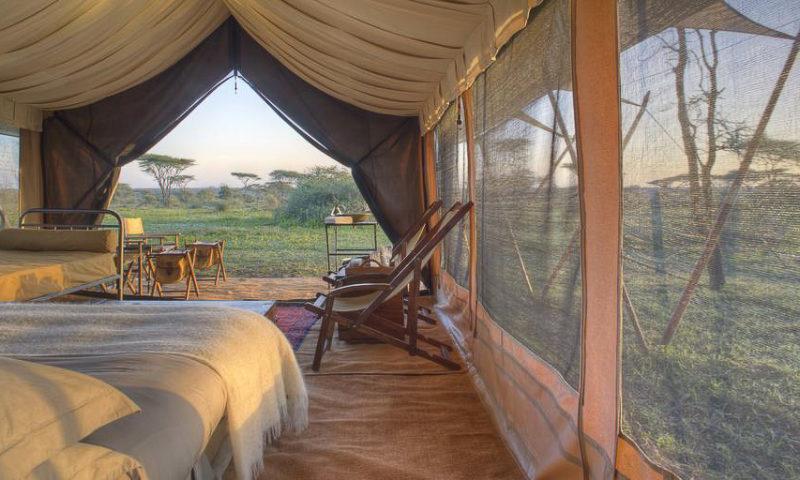 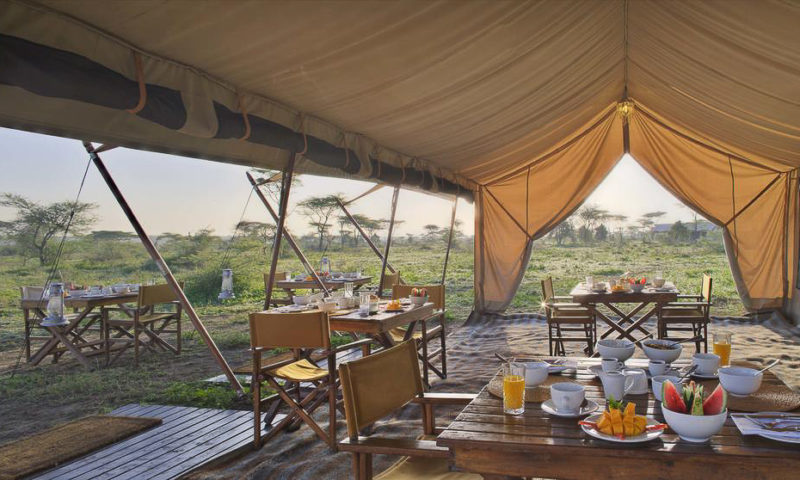 From the very first moments we arrived, the steady stream of migration traffic into the nearby marshes lush with green goodness, attracted both predators and prey from all around, but lions owned this land. 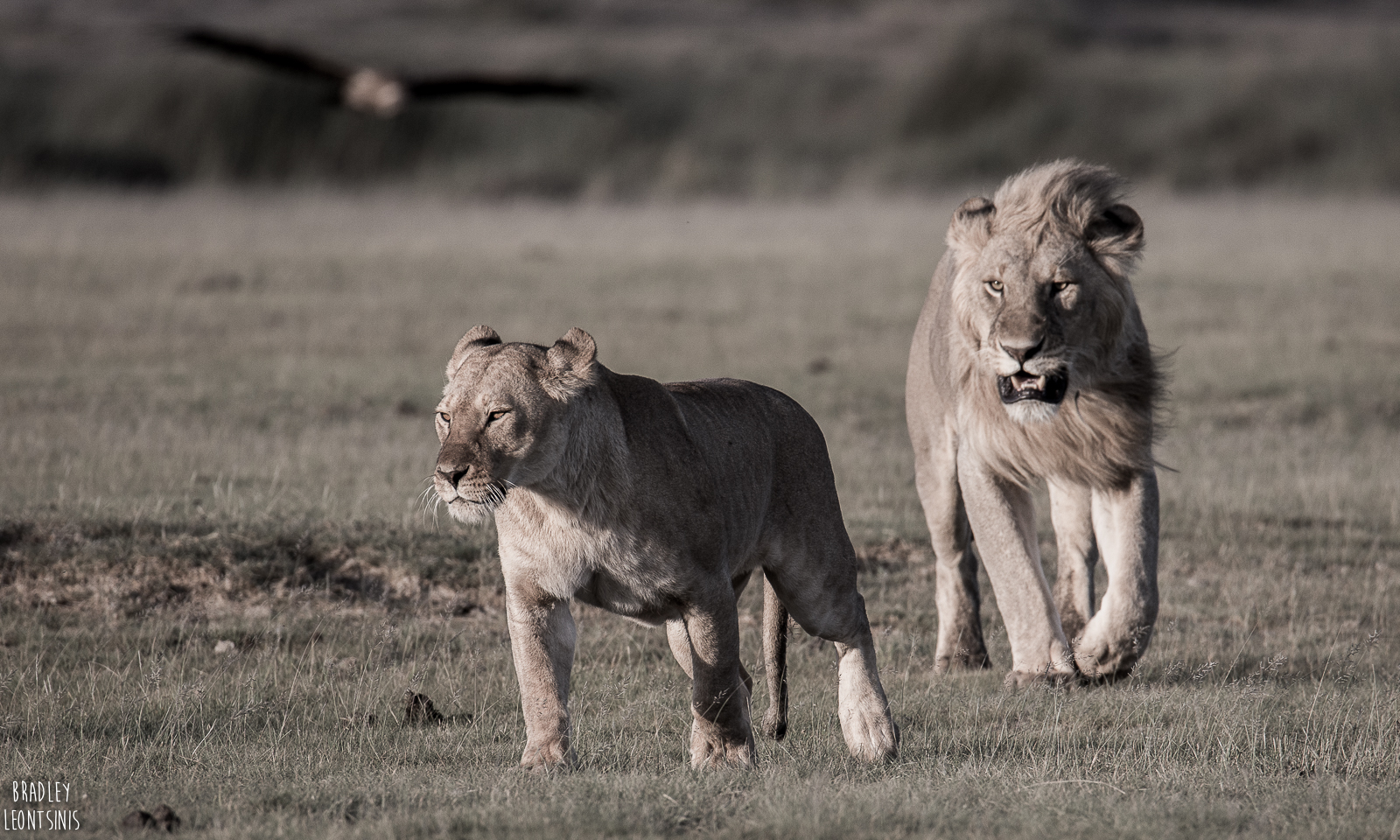 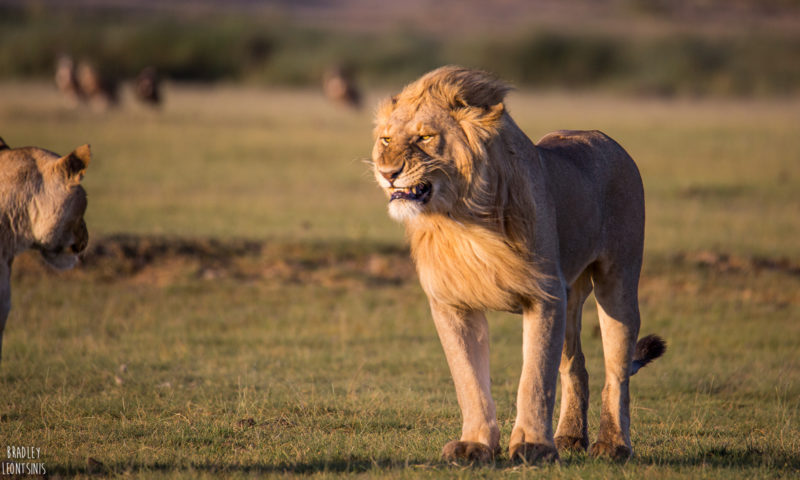 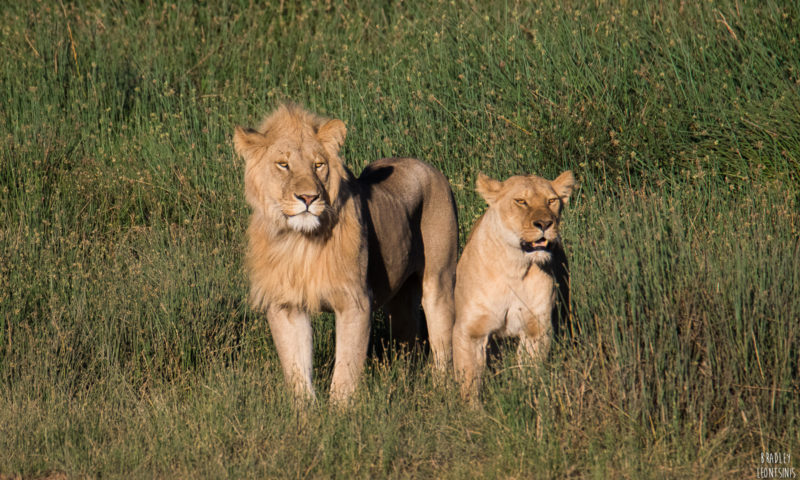 This is also one of the best regions in Africa to see cheetah in all their fine tuned predatory glory. Wide open plains allow the speedy killers to unleash their full power in the ultimate chase scenes.

The first of our cheetah sightings was the discovery of this pair of hunting brothers. We were in for an exciting day watching these meticulous predators hunt. We sat with them as herd after herd of perfect prey, loaded to the max with tempting calves came streaming past but with no attempts made from the clearly hungry brothers. The Zebra and Wildebeest demonstrated their displeasure at the presence of the dangerous brothers in no uncertain terms, with frequent angry stand offs developing between predator and prey.

Patient is the predator that goes not hungry. The stealthy killers knew that in the calving season it would not take long before a lonely young straggler, separated from its herd in the confusion of hooves and dust, came wondering by. The larger of the two brothers look suddenly changed to a steely locked gaze of pure focus and intention. We looked up and there was no doubt who he was after. He unleashed his pure predatory power and speed to run down this unfortunate calf in a few seconds.

The ending was swift and the reward big for this fearsome duo. With less than 7000 cheetah remaining in the world, the privilege of seeing ultimate predators like cheetah in all their glory can not be taken for granted. 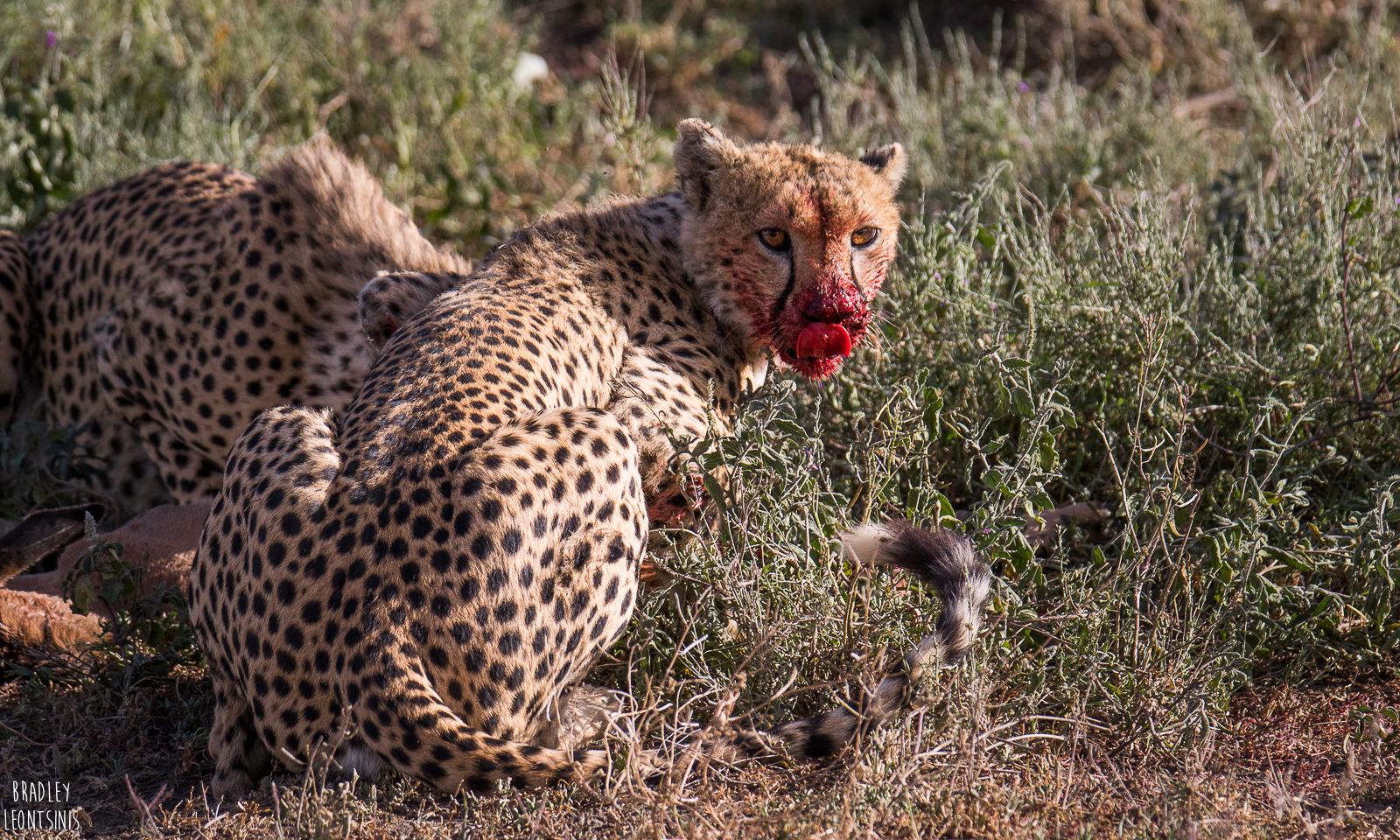 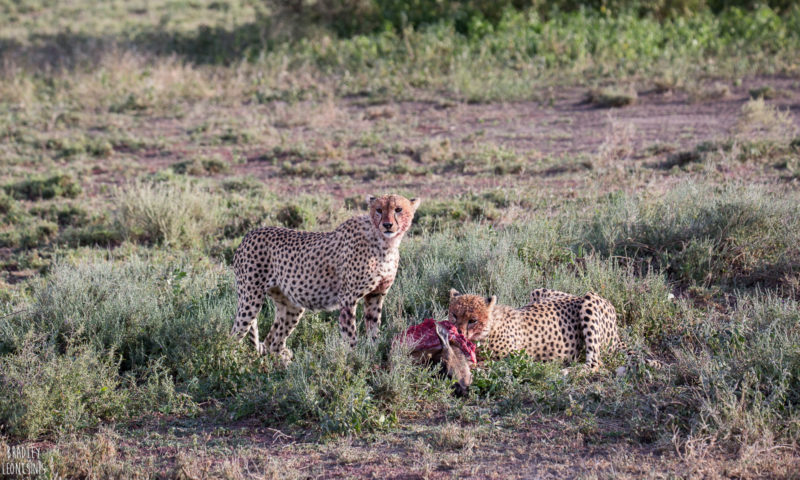 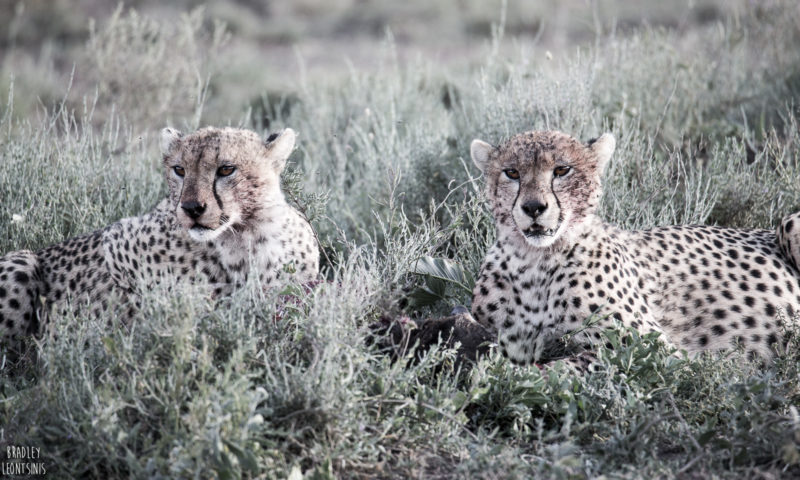 The next morning we headed out in the direction of the famous expansive plains of the Serengeti and were again amazed at the abundance of life and frequency of interesting sightings. 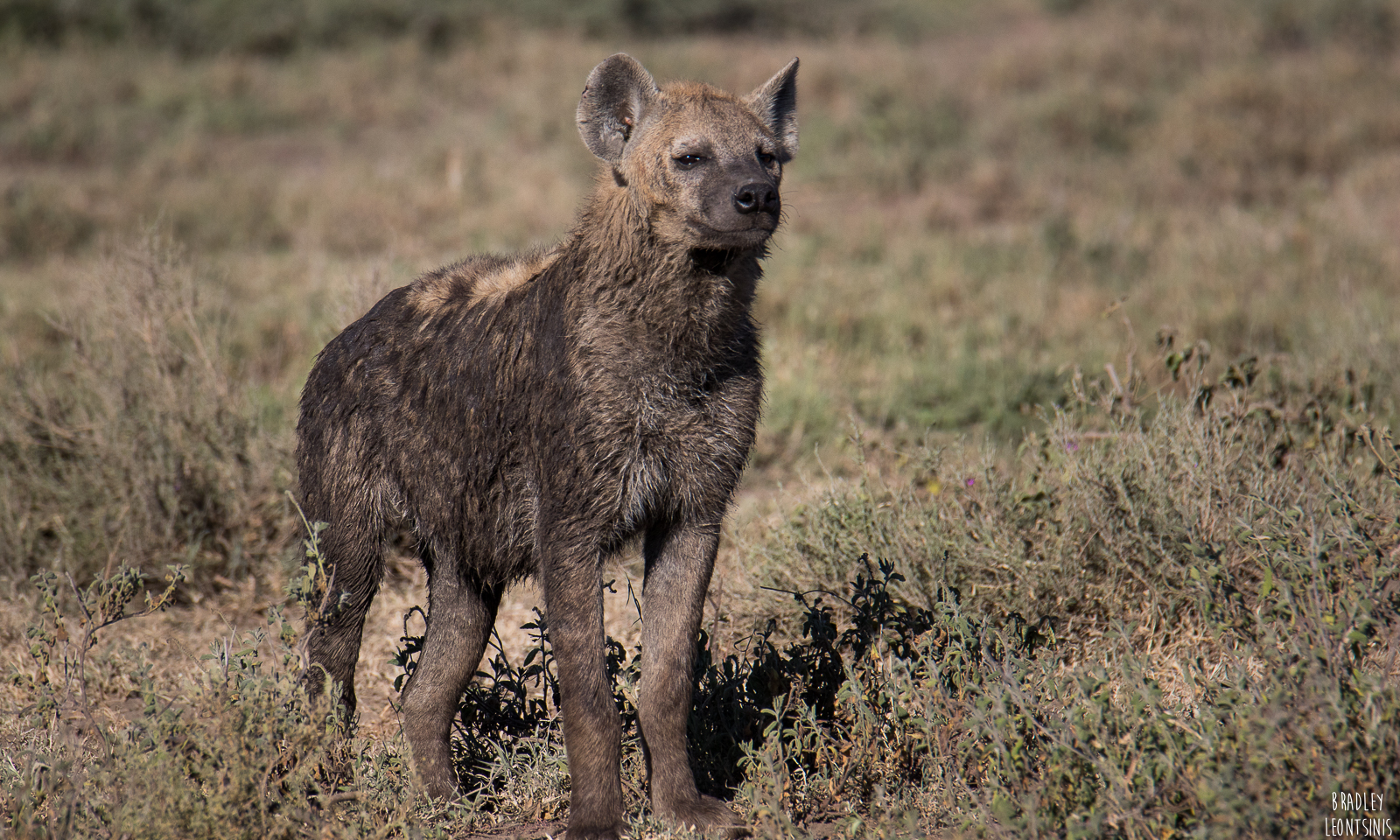 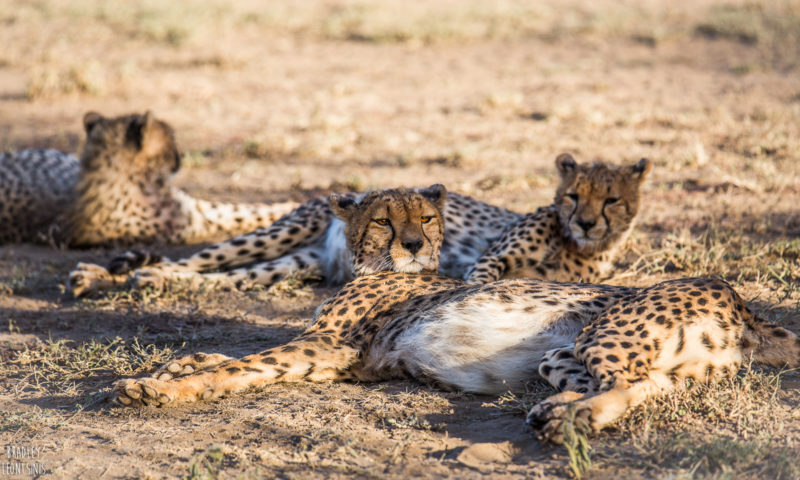 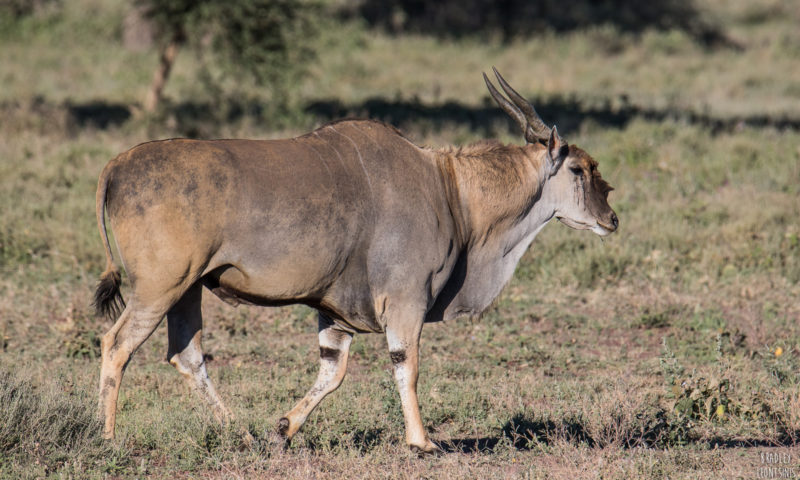 But where the prey is plenty, the ultimate predator is never far away. We were amazed at the abundance of lions in this landscape. Within a few hundred metres of each other in open plains, we saw a pride of 9 lions walking, another 3 females hunting and 3 nomadic males full of mischievous intent hiding amongst the grass, darting in and stealing a kill or a female where they could.

After some relaxing time back in camp to recharge the batteries we headed out again in the afternoon and stuck closer to our base. The rewards were just as great with our camp being located in the heart of the action close to lake Ndutu and set on the banks of a dry river bed, acting like a corridor for the migration, our sightings were endless. 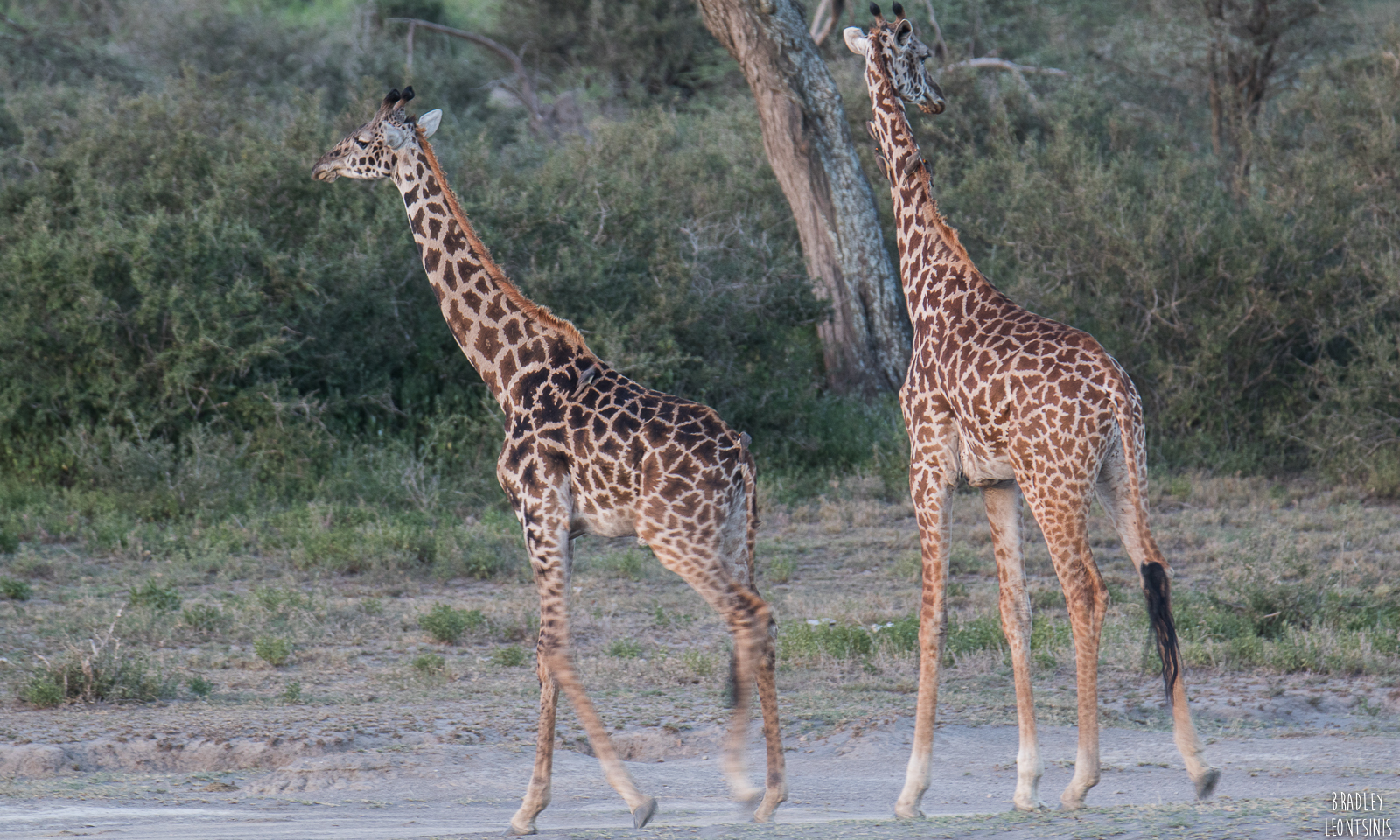 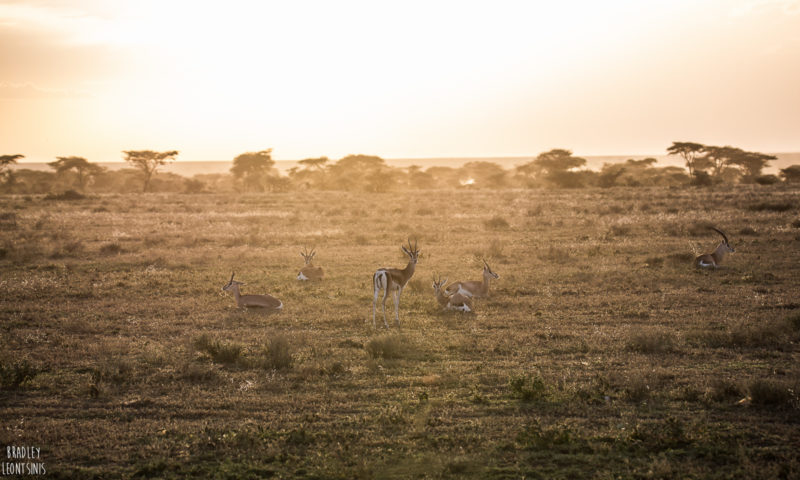 Our next adventure in this place of plenty was a dusty journey to the Hidden Valley. An oasis for the multitudes of herds on a well trodden path. Through the endless expansive plains of grass and skies a cloud of dust pointed us to a thriving waterhole alive with life and an oasis on the journey for the thousands upon thousands of daily hoofed visitors...The Hidden Valley.

Our journey to get to the Hidden Valley was equally exciting with interesting sightings and breath taking scenes throughout the day. The scenes which await in this surreal landscape are endlessly stunning and leave one with a sense of awe. 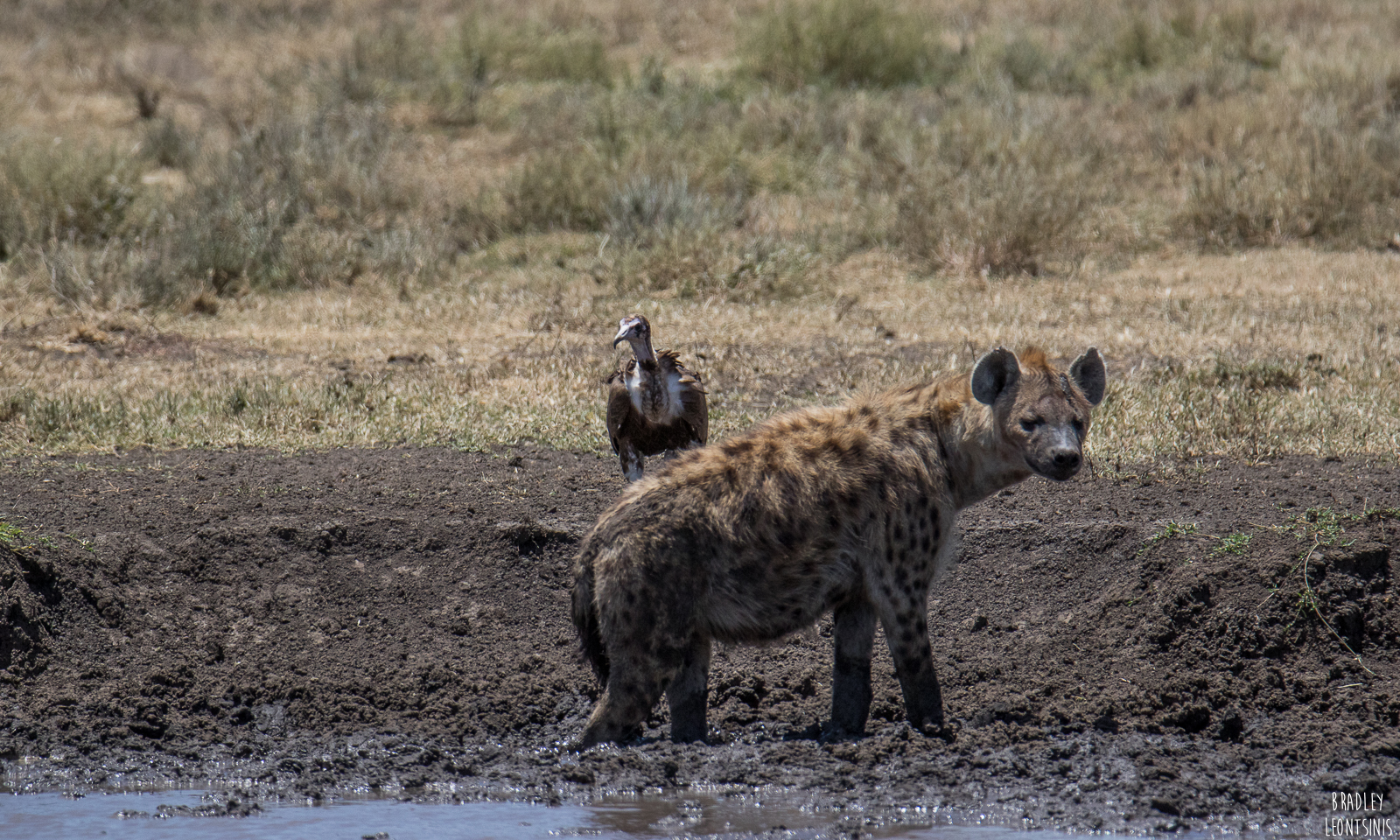 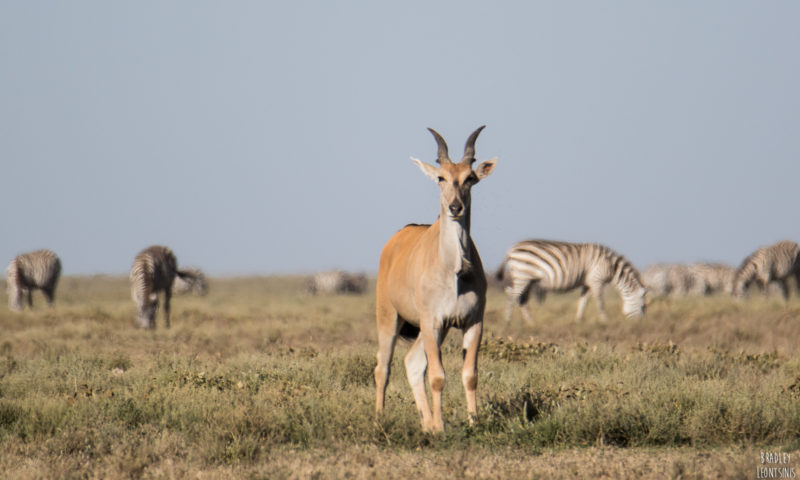 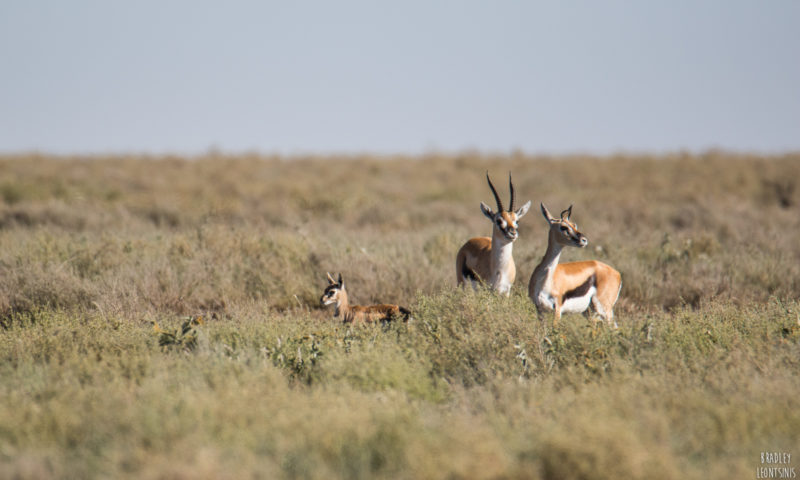 It was on this day that we really got to appreciate the size and magnitude of the herds particularly of Wildebeest and Zebra. 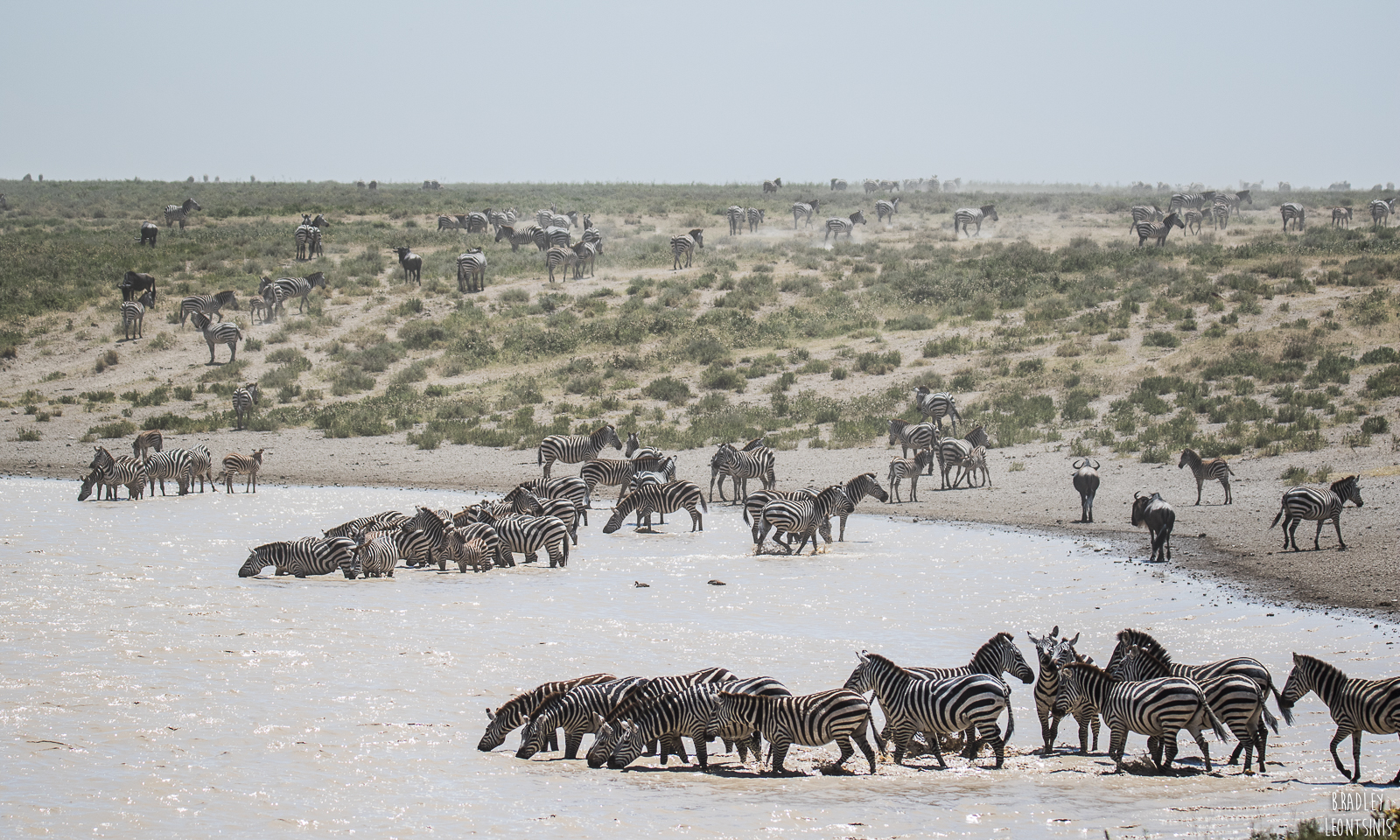 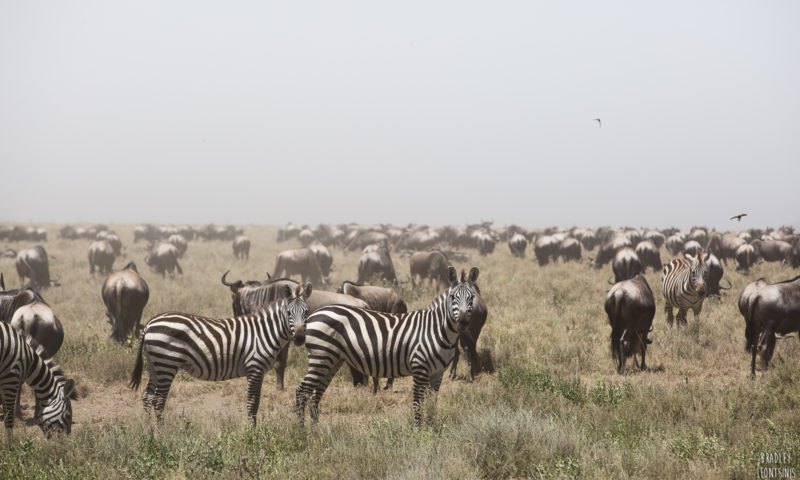 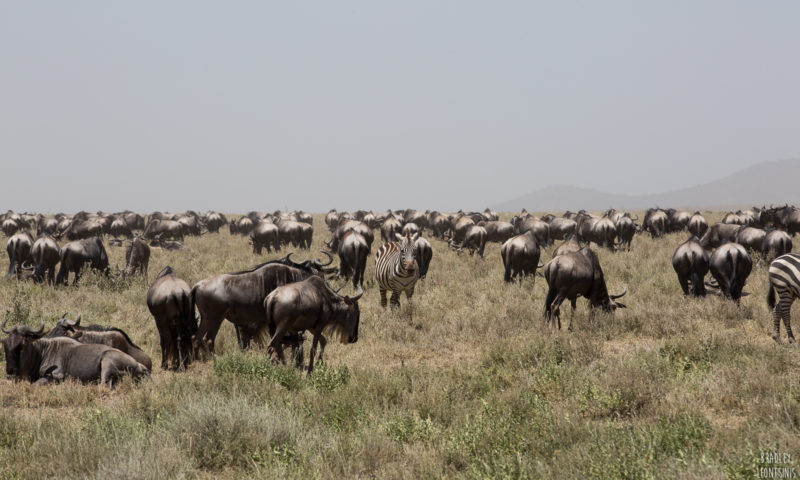 After our return to camp for a much needed lunch and rest, we did not think our day could hold much more excitement and adventure. We were wrong. We went in search of elephants in the afternoon but instead found one of the most interesting and heart breaking interactions from our time in the Serengeti, with nature on display at its rawest.

En route to the forests in search of elephants we spotted a lioness on the waters edge, alone out in the sun. Upon closer inspection we realised why she was there.

Wildebeest calves do not have the luxury which Zebra calves have in being able to identify their mothers by mom Zebbies unique stripe pattern. Wildebeest instead rely on identification through smell, making it far easier to get separated. The result is a lot of lost stragglers with only one possible fate awaiting them. The lioness had chased this straggler into the water of Lake Ndutu... 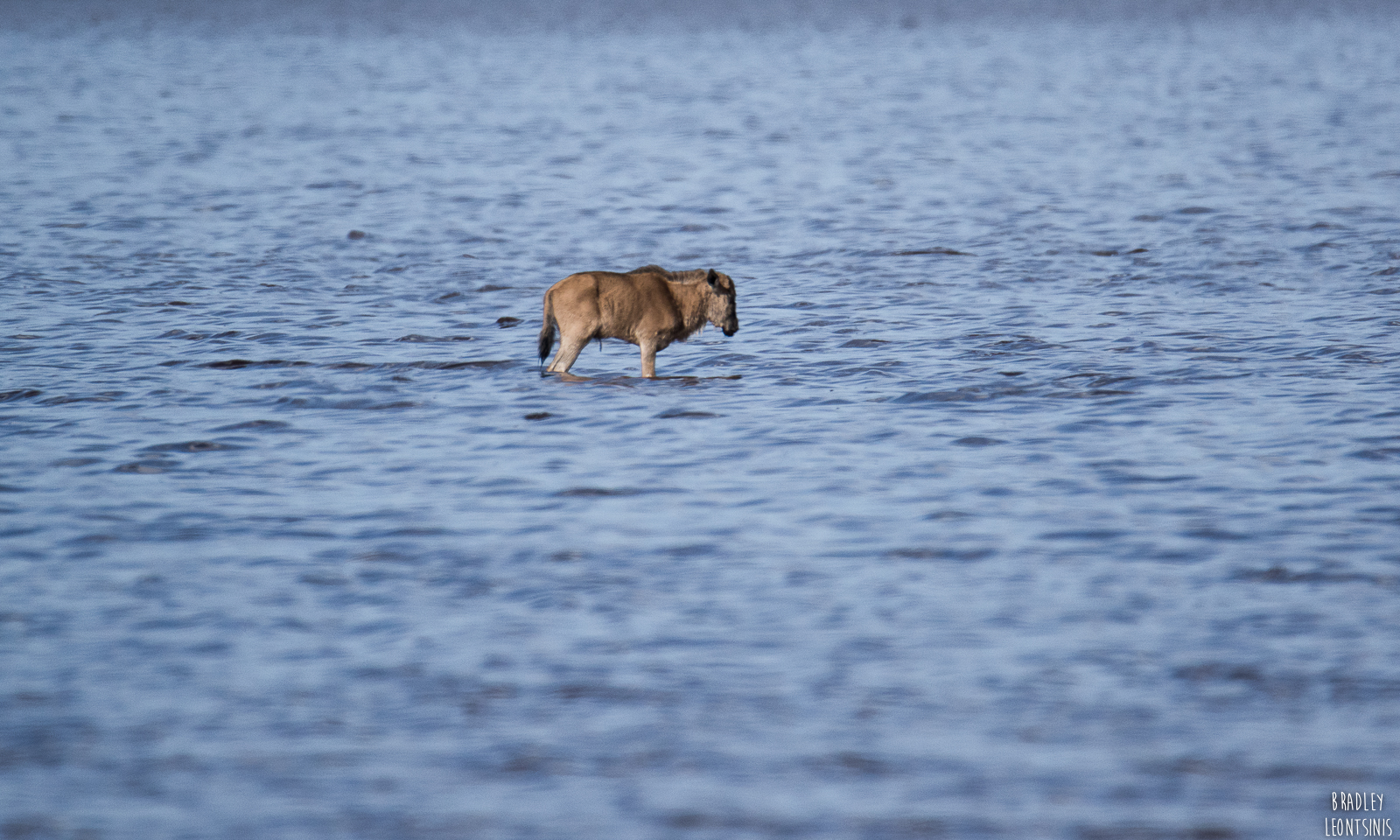 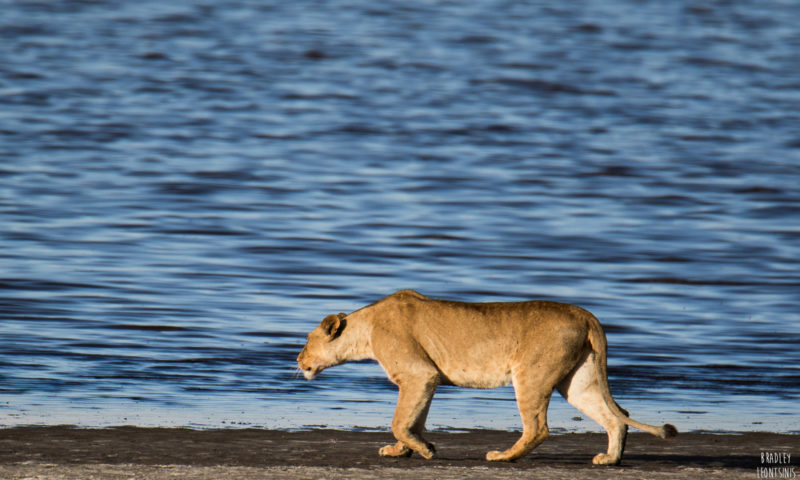 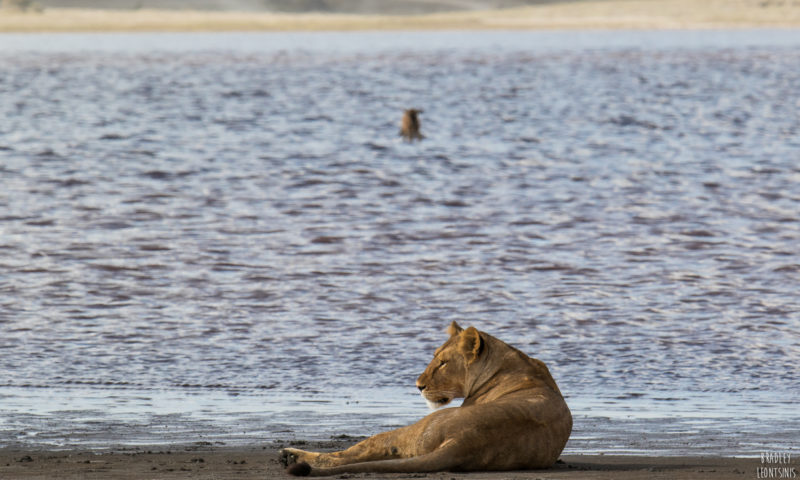 Much to my surprise, the calf proved itself to have a character made of steel. Initially I did not give it long in the rapidly cooling evening air, stuck alone with the unforgiving mud of Lake Ndutu sucking at its hooves and a fearsome predator waiting on the shore. To our surprise the calf stayed strong. Head held high and against all odds it refused to give in, standing tall in an unforgiving land, never giving in to the mud, wet cold or fear. Eventually, fooled by the cover of dark and the cunningness of the patient predator the brave soldier met its inevitable fate as it tried to quietly escape the waters unaware of the ever watchful eye of the stealthy killer. The end was swift and as the french say "Belle Mort"... a good death.

On our morning of departure we travelled to the forested areas of Sernegeti National Park in search of giants and were rewarded with some incredibly special time with a big herd of the  beautiful elephants of East Africa. 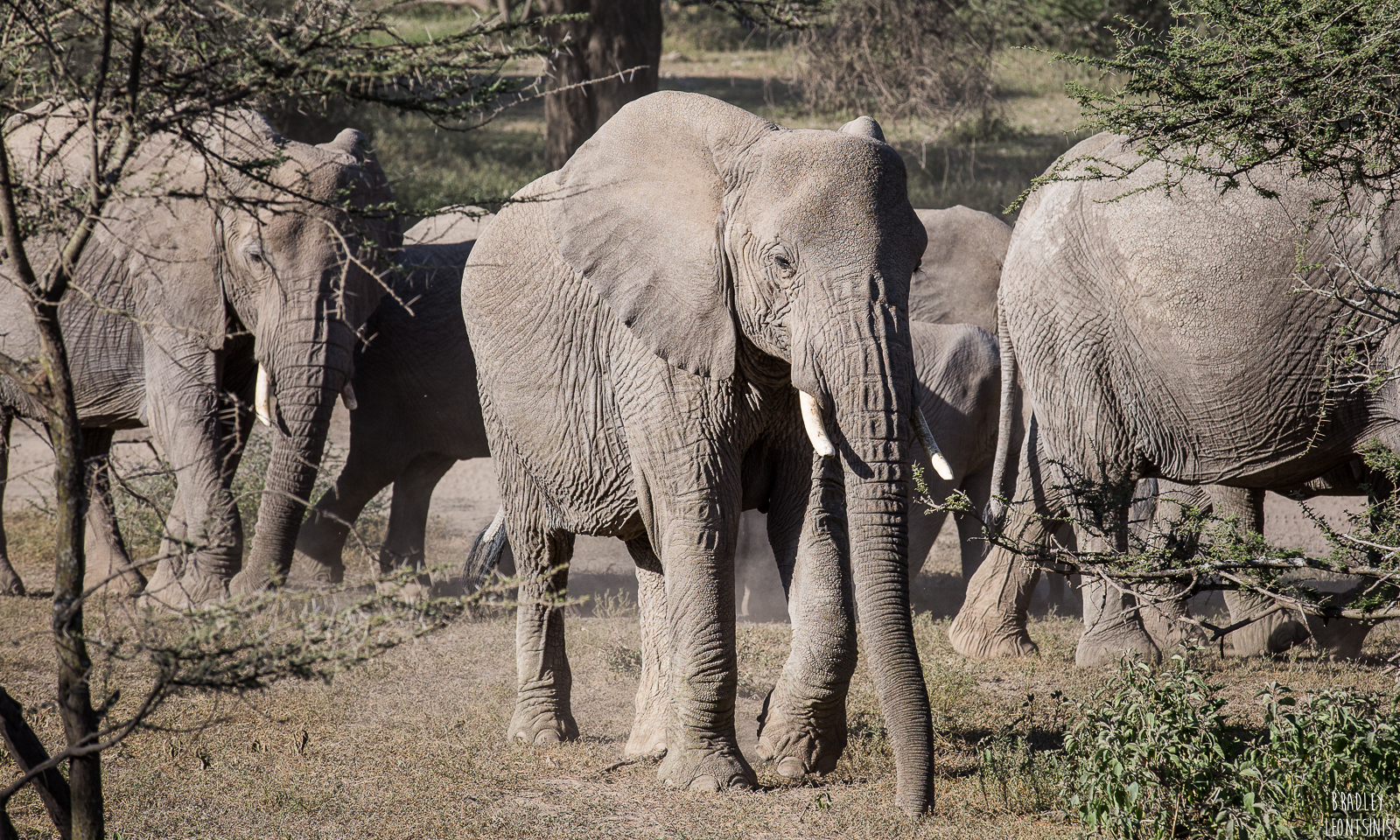 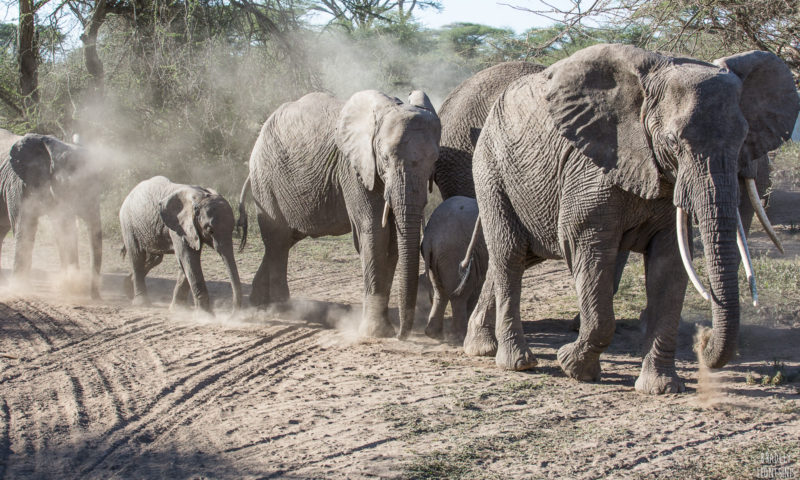 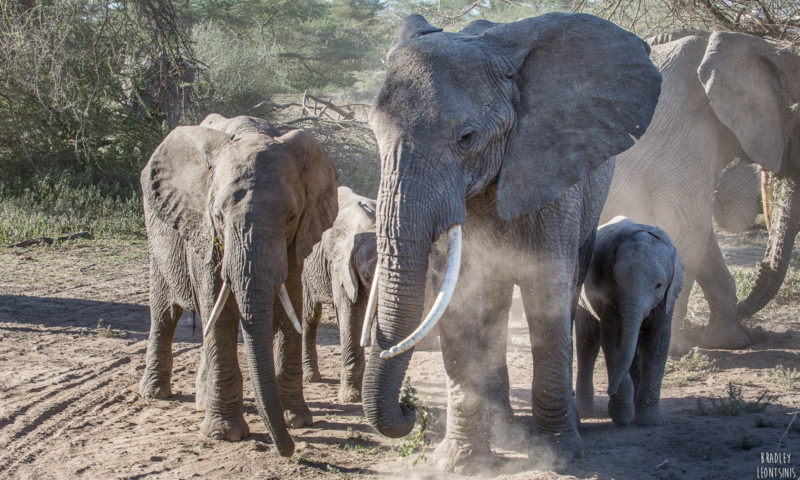 Our time in the Serengeti had come to a close. With such an exciting adventure under our belts, it was hard not to feel completely fulfilled and at peace as we set off on our journey home, grateful for the chance to experience an event like no other on the planet. Nature at it's finest.

Through his guiding career, Brad developed a passion for wildlife photography and believes strongly in the idea of conservation through photography. “I believe through the power of imagery, we are able to tell compelling stories about the moments which matter most.” Brad is fantastic at helping people with their own photography and ensures the only things more vivid than the memories you leave with, are the images that tell your stories.